Toron wiped the sweat from his brow as he hopped back from the bolt he had been tightening on the large metal arm in front of him. Taking a long swig from his goblet he looked over his latest creation…a large suit of armor. The slime made his way behind a blast shield with a small remote as he thought to himself “here goes nothing” before pushing the small button on the little black box he held. As he pushed the button a series of clicks could be heard followed by a small hollow clank on the floor, and after waiting a few seconds to make sure it wasn’t going to explode he stuck his head out from behind the shield and saw that the suit of armor had compacted itself into a small box.

Toron clicked the button again and the suit unfolded itself out from the small box as he squished himself inside a small port located on the back of the suit, and as his slime body filled up the suit he clicked the interior on switch as the suit sprang to life. Toron could feel the mechanisms of the suit working to increase his strength as he flexed his arms and legs. The only bits of the slime visible were his eyes, hands, and a circular area on his chest. The suit felt good, and Toron was confident he could handle the mission placed upon him by the Slime Elder Magi to retrieve an item that would help them bring Prince Algor back to his old carefree self…the Algor that Toron missed who hadn’t been seen since his friend had been pulled back from the Underworld. Looking over his map he plotted a route to the tomb holding his goal. Supposedly this tomb was the resting place of an enchanted crown which would aid the Magi in removing the unknown evil infecting Algor. Toron packed everything he would need for the journey including his new suit, a special weapon he had been working on, and a fully topped off flask of Gatonian Wine as well as the other necessities of travel. Toron left a note for Algor who would be returning soon with crews to clean Hawkstorm Keep, and restore it to a livable condition again.

Toron left Hawkstorm, and headed down the road to the village of Soverstad which sat on the road bordering Frogmire Marsh. In Soverstad he passed the time in a tavern while he waited for the carriage that had been arranged to pick him up. As he sipped a foam covered mug of ale a hooded stranger approached, and Toron braced for the worst as a low hiss came from this stranger “Who let this Slime piece of trash into the tavern?” the stranger said obviously displeased. Toron turned around ready to smack some sense into this person, but as they removed their hood he saw the smiling face of his friend Grar. The Gatonian’s smile showed his razor-sharp fangs poking out from under his whiskers as he clapped his hand into Toron’s “Old friend it is good to see you. What brings you out this way?” Grar asked as he flagged down the barkeep, and motioned for another round for the two. Toron frowned as he launched into the whole story of the coming wave of terror preparing to sweep over Jalldoon, and the request to put together a team to stem this tide. Grar listened intently himself remembering Algor’s return from the portal quite well, and the ferocity of the Prince’s beheading of the Witch that had returned him to Jalldoon. As Toron finished, Grar’s tail slowly flicked back and forth in the air as he spoke “ My friend, you know if the safety of the world is at stake my claws and bow are at your disposal. Now let us go retrieve this crown so our friend can be rid of this evil infecting him” as Grar said this he slugged down the remainder of his drink, and as the barkeep brought them another round he spoke “friend Slime, your carriage is waiting for you outside” with the arrival of the carriage the two friends quickly finished their drinks and walked outside to get on board.

The carriage ride passed without any incident, and by morning they were dropped off at a crossroads. After tipping the driver Toron and Grar set off towards the Tomb that was their goal. As they walked along the hardscrabble land they saw the telltale sign of a burial mound in the distance, and once they reached it they saw a large stone door that wouldn’t budge no matter how hard they pushed. Toron hopped back “Want to see something cool?” He asked Grar as he pulled the small black box out of his pack and pushed the button on his remote. Grar’s eyes grew wide seeing the Mechanized suit standing before him “What is THAT?” he asked Toron “oh just a little something I cooked up” the Slime said as he squished inside the suit. Toron pulled a small black tube out of the pack on the back of the suit and pushed a button in its side. There was a loud hum as a beam of light extended out of the handle forming an axe as Grar’s eyes got even wider “And what the hell is THIS?” he asked. Toron held it up and said “It’s a prototype hard light axe I’ve been working on…pretty sweet huh?” as he started cutting a large hole in the stone door with the axe. The axe made short work of the thick stones, and they were soon inside the tomb “ I’m gonna need me one of those Tor” Grar said with a smile as he pushed some cobwebs out of his face. The tomb was not much different from any other tomb, a musty scent permeated the air and thick layers of dust and cobwebs covered everything. As the pair made their way down it seemed extremely quiet…even for a tomb, but that feeling was shortly shattered as Grar ran his claw against an ornate carving only to be shocked as a skeleton burst from the wall in front of him. The Gatonian pulled his short sword out of its sheath and bashed the skeleton against the stone wall, and Toron came in with a slice form his light axe which basically disintegrated the sack of bones. Gray’s ears perked up and slightly twitched “there’s more of them Tor” he said pulling out his bow and nocking an arrow, and no sooner had he said this than a tide of skeletons poured in through a side passage. The Slime in his battle suit and the Gatonian thief fought valiantly through the wave of clanking bones, and soon they stood alone in the quiet tunnel. As Grar slung his bow over his shoulder he looked at Toron “Man, I hate skeletons” he said kicking a pelvis aside as he brushed bone dust off his black fur. As they made their way deeper into the tomb they came upon a large monument of a skeleton holding a large green gem in its hands and wearing a jeweled crown upon its stone head. Toron frowned “This is awful similar to a statue Al and I found in the bowels of Hawkstorm Keep” he said to Grar as he grabbed the crown from the statue’s head as the Gatonian pried the stone from the grip of the chiseled skeleton statue. With their goal in hand they made their way outside and were surprised to find the Slime Elder Magi waiting for them “Ahhh Toron we knew you could be counted on” they said as they took the crown and the gem from the two adventurers. Toron inquired about the similarity of the statue to the one at Hawkstorm, but they brushed it off with a promise that it would all make sense once all the pieces of the puzzle were put together. Toron didn’t really like this answer, but the Magi were millennia old and likely knew what they were doing so he let it go for now. They were told a carriage waited to take them back to Soverstad were Toron could return to Hawkstorm to wait for Algor, and Grar could go about his business. At this Grar spoke up “Well I’m part of this fabled team now so I’ll be returning back to Hawkstorm with my buddy here” he said with a smile as the Magi pulled Toron aside and explained that they would need some time to divine what they would need next to pull this evil from Algor’s body. On the carriage ride back to Hawkstorm Toron and Grar shared the last of Toron’s flask of Gatonian Wine which delighted Grar to no end since the wine of his people was a true delicacy that was hard to find outside of Gato,especiallyy such a fine vintage as Toron’s. However ,the old Slime’s thoughts were far far away with worry for his old friend and the evil infecting him.

Ended tonight's stream earlier than planned...ya boi got raided by #hover with 378!!! People! so after a while I figured I should share the raid love... now that I can play a game and only worry about entertaining my self I ate some of this edible and plan to binge #kenshi for the rest of the evening. #videogames #streaming #twitch #pcgaming #edibles #incredibles #docrampageo #rampageoindustries #doomkick
Three eyes better than one... #motu #motuorigins #triklops #fivepointfive #doomkick
Finally...OPERATION DOOMSDAY can commence... #marvel #marvellegends #drdoom #cosmiccube #mfdoom #doomkick
Suuuuuuuuure it will...might as well just keep reaping the rewards without giving back right? I'll show you a slap in the face.... #fucktheelites #taxtherich #ipaytaxessoshouldyou #eattherich #doomkick
My face when someone asks if I work here while PRICING BEER...no sir this is just my hobby... #peoplebedumb #doomkick
Another little montage BB #twitch #hover #pcgaming #videogames #streaming #docrampageo #doomkick 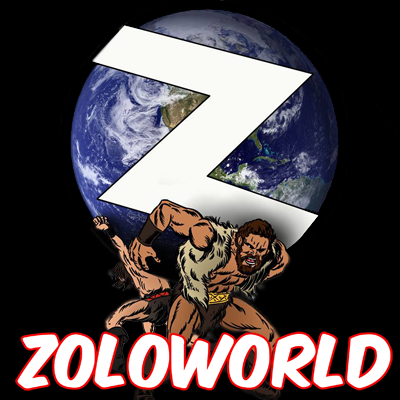 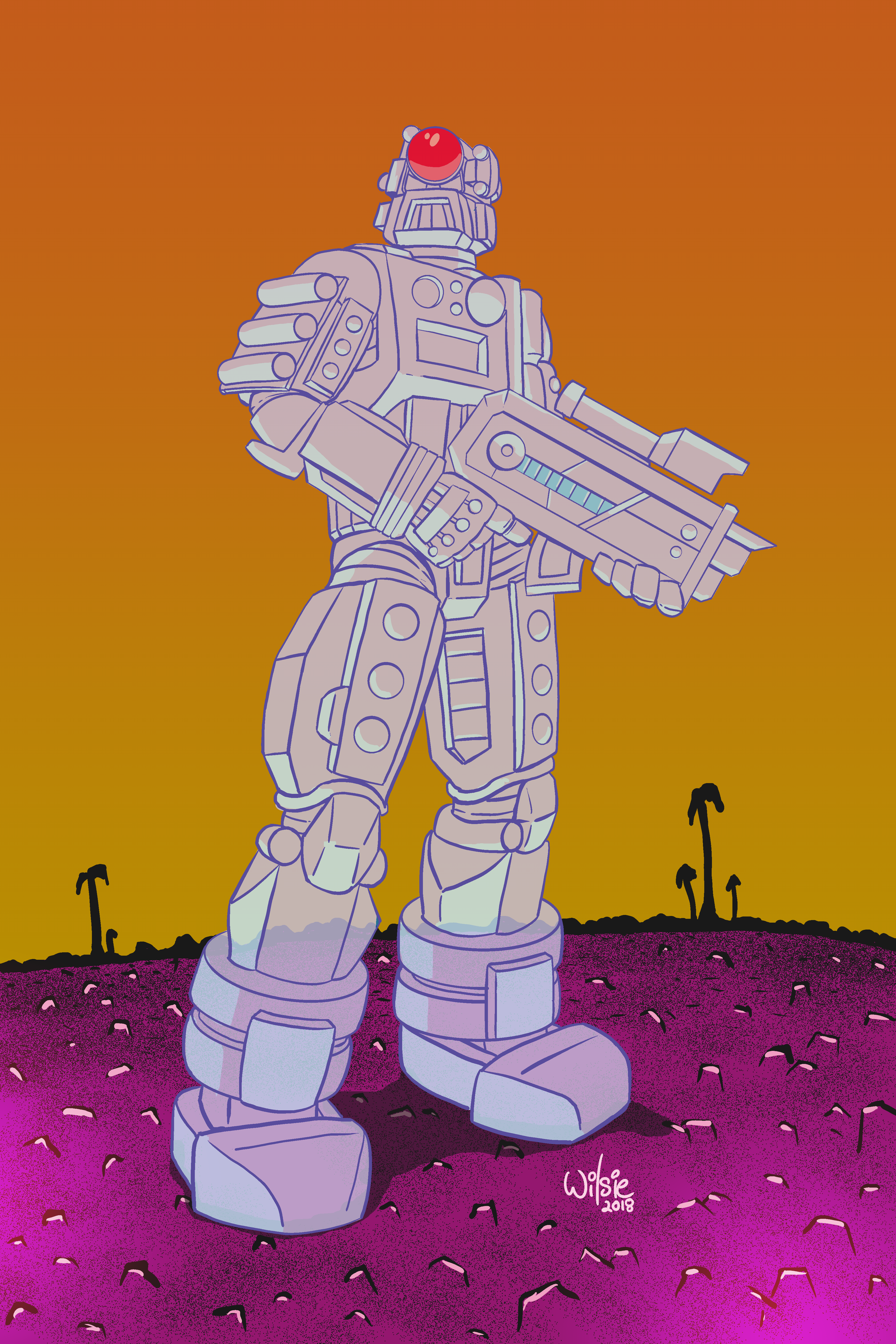