Long overdue post here…with everything going on I totally missed the 7 year anniversary of DK, and long time fans will notice there hasn’t been much toy related…or much news at all from old Doc. Well I’m here today to rectify that. Take a seat champ…we need to have a talk.

The year started off good. We had a great time at Zolocon seeing everyone again, but even then it was brewing….the Virus that has upended the entire world, and is currently getting wore here in the states due to gross incompetence. Even before that though things were not looking great. The past few years have been an uphill battle with the 3D Printers with issue after issue, and during the production of the Continent of the Ninja figures my last of 2 died on me. So here I am two broken printers with not much options except buying a new one, but you guys….it seems like the era of FFF printing is coming to an end. Filament is becoming harder and harder to get, color selections are shrinking in stores around the web so the only real option seems to moving towards resin printing. Which I did in fact buy one of those, but mannnnnn its a whole new world,and without some serious time investment spent into learning all the ins and outs its practically useless. Add in that beyond the steep learning curve of trying to…get something to even print properly… we would need to make our own specific blend of different resins to even support what we want to do. Knowing that Sanjeev and I are on it so at some point it WILL get figured out. However with everything going on in the world it realistically will be a while so for the time being (beyond a couple of sick Algor customs that I’ll be dropping soon and the still coming ROTU/TEWOJ full production figures sets) DIY toy production of both TEWOJ and VP are on hold. That being said I still want y’all to get your Ri toy fix, so I’ve been (and will continue to be) adding stuff to the shapeways shop so keep a lookout over there for all kinds of accessories and parts being added. 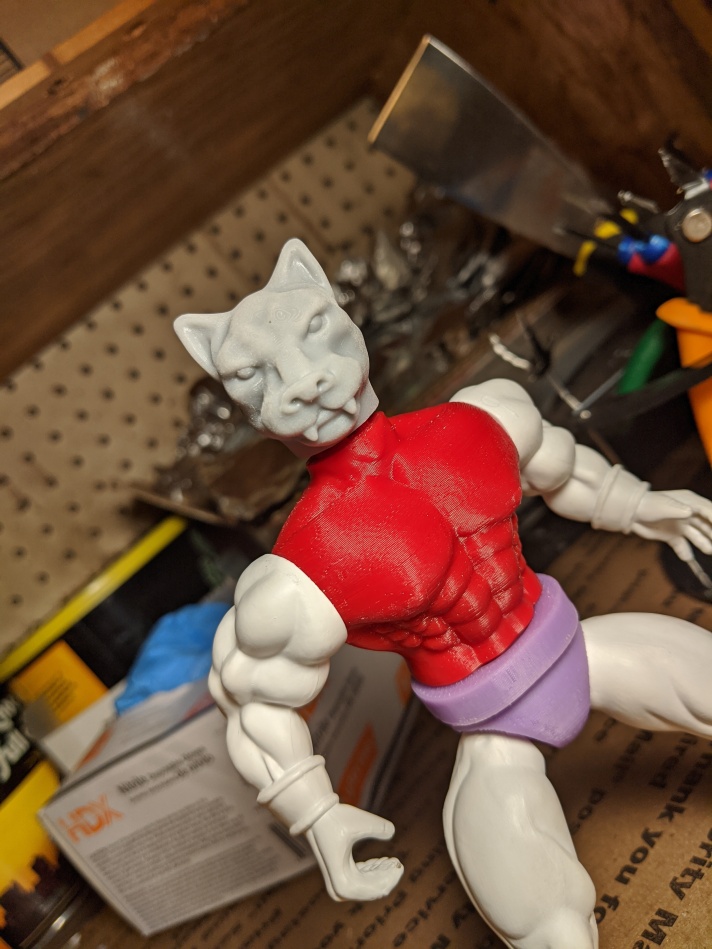 In addition to the issues getting toys out I’ve also been pushing more towards more accessible (both price and run size) media to grow TEWOJ which will continue for the rest of 2020 and into 2021 with the release of The Exciting World of Jalldoon Comic Series dropping (hopefully) this year with the first two issues dropping at once. Issue #1 will be TWO all new stories by Myself with Art by Terry Thielen who long time TEWOJ fans definitely know. Issue #2 will be the older comics which appeared in now out of print Art of Jalldoon Vol 1 Then in the wings are TWO new books in the works as well. The first is an appendix to Jalldoonian Lore Vol 1 which features all kinds of bonus stories (like the Mages Journal that crosses over with Vol 1 a few times) most of which are brand new, and as always the book will have some killer art in it as well. The Second (and farthest away) book is Jalldoonian Lore Vol 2, and phew you guys the story REALLY amps up in Vol 2 you wont want to miss this as we get a intimate look into the evil side of the story. At some point I’m also planning on revamping how we do Battle for Jalldoon with all cards coming in a set, but that is way in the future. For now in the interest of building up the TEWOJ fanbase beyond just toy collectors I’ve been hardcore adding artwork to the Ri Teepublic shop so anyone can get some TEWOJ merch. I’m adding new stuff EVERY WEEK so id recommend smashing that follow button over there so you can get anything cheaper with discount for the first two days, but what you do with your time is none of my business.

So that’s what is going over here at Ri business wise, but in my personal life things are just as turbulent. Like the rest of the world the Covid has disrupted life over here, and I’ve been watching in horror as this country has botched handling the virus AND the handling of the vast injustices that the very systems of this country are built on, and its truly is hard. I’ve honestly been a little shocked just many people in this scene are complete pieces of shit (I guess I shouldn’t be as MOST people in general just suck) openly spouting some BS, and every day it gets harder and harder to keep going, but someday hopefully we will live in a world that isn’t a total nightmare shit show. In my infinite wisdom myself and my family has chosen this spectacular time (LOL) to buy a house so we’re in the process of packing up our whole lives and moving. Once we get set up in the new place I’ve got some ideas brewing in my head about some things so hopefully by the fall I’ll be debuting some cool stuff I’ve been working on in the back of my head for some time now. Soooooo yeah. I think that’s about it. Stay up everyone, and don’t let the bastards grind you down. Wear a mask, stay safe, and keep working towards justice for the long long list of injustices perpetrated on our country by a system that only cares for profits over people. Fight the Power! -Doc